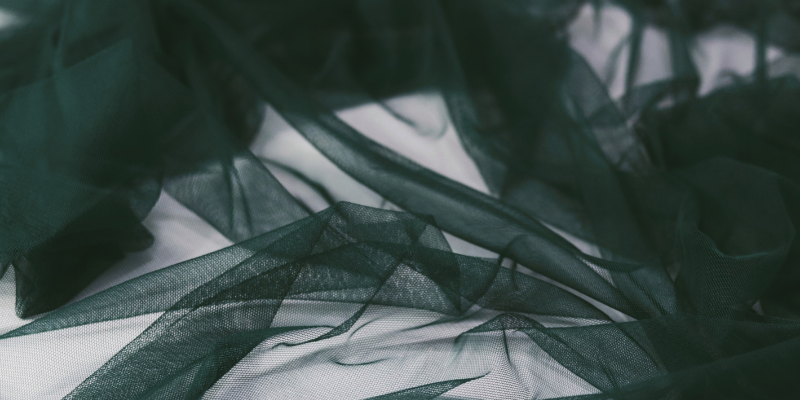 On a Wednesday evening in May, the Tate threw a cocktail party in Venice. It was the opening week of the Biennale, the festival of international art held in the city every other year. The gathering was at Scuola Grande di San Rocco, its walls and ceilings covered with vast paintings by the sixteenth-​century artist Tintoretto. The invitation read: “Dress code: Lounge suit.”

According to Debrett’s, advisers on etiquette, a lounge suit is, for men, “a suit worn with shirt and tie.” For women, “a smart, or cocktail, dress (with sleeves or a jacket).”

Down the front, there were formal speeches from the gallery’s chairman and director. At the back of the hall stood Charlotte Prodger in a long-​sleeved white T-​shirt. Five months earlier, Prodger had won the Turner Prize. Organized by the Tate, it is one of the most prestigious prizes in art.

Nearby was Helen Marten, another previous winner. She wore a black trench coat, a white shirt and blue utility pants. Her partner, Magali Reus, a recent nominee for the Hepworth Prize for Sculpture, was wearing a silk shirt, jeans and sneakers.

The artist Anthea Hamilton, once a Turner nominee, arrived in a tiered and sequined dress that you would not call “smart, or cocktail”: she later described it as “Edwardian.” She wore it with sneakers and, because it was pouring with rain outside, an overcoat. Stood a few feet away was Helen Cammock, one of that year’s Turner nominees. Cammock was wearing a gray T-shirt and trackpants. On her feet were sneakers.

Our clothing is an unspoken language that tells stories of our selves.

These five women are among the most vital artists of our time. Most of them are queer. Each lives and makes work within a patriarchal society and art world. They are supposed to play along with its structures, even if their work pushes against them. Clothing makes this tension abundantly clear.

If we were to look back at the clothes artists have worn over past decades, what might we learn about the conditions in which they made their work? What might an artist’s wardrobe say about their bravery and defiance, or indeed their compliance with the culture and ideology of their society? We might go a step further, look at our own wardrobe and ask: what might this then say about our own defiance or compliance?

Our clothing is an unspoken language that tells stories of our selves. What you are wearing right now is sending messages about who you are, what you think, and how you feel. This goes beyond the limitations of fashion: it is a daily, even hourly, signaling of our beliefs, emotions, intentions. Much of it is intuitive: we sharpen up to impress; cocoon ourselves when we’re feeling blue; make an effort on a date. But when we put on our clothes, we don’t fully acknowledge their loaded meaning. We just wear them.

Many of us make daily compromises when we get dressed to go to work. Our clothing then carries other social meanings: power and ambition or acquiescence, humility or arrogance, repression and exploitation. For women, dressing for work presents a tougher challenge than it does for men.

What might an artist’s wardrobe say about their bravery and defiance, or indeed their compliance with the culture and ideology of their society?

Artists live a different way. The work of an artist is not office based. It breaks from the rhythm of 9 to 5, weekdays and weekends. It is a continual push for self-​expression. Artists create their own circumstances, their studios becoming self-​contained worlds. Their work can question, or it can reinforce, generally accepted ways of being. What artists wear can be a tool in their practice. Their clothing can tell of their desire for another mode of living or, sometimes, their conscious subscription to the status quo.

Artists are often revered for their style. I have friends who pin photographs of artists around their mirrors as inspiration—snapshots of Georgia O’Keeffe, Barbara Hepworth. Fashion houses regularly plunder these images, copying their outfits as part of the relentless fashion-​season cycle. It seems logical that an artist should have an eye for clothing, connected with the visual creativity of their work. When we really look at images of artists, we realize it goes deeper than that. There is more to what artists wear than just an appreciable way with clothing.

To approach an artist just as a style icon can strip away the reality of their life and work. Art isn’t easy. It can be a lonely pursuit. Countless artists are ignored, acknowledged late in lives, or even only after their death. For many, their work is necessarily more important than recognition. Evidence of this sense of purpose, despite it all, is also found in their clothing. What they wear is testament to this fearlessness, this focus.

Clothing has long been a prime subject in art. This cave painting was found at Tassili n’Ajjer, in Algeria. The walking figure with two spears has some form of skirted garment at their hips. Some of the paintings at the site are thought to be around 10,000 years old. 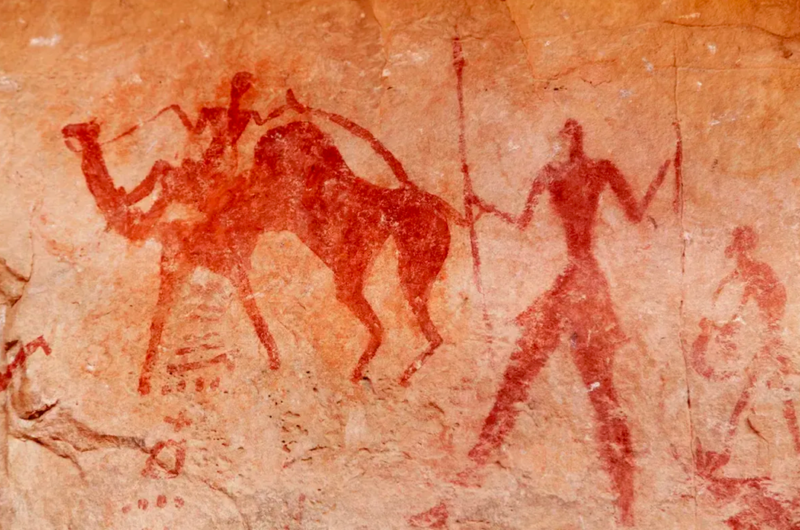 For millennia, painting and sculpture have depicted humans, nature, the actions of humans, and their garments. Clothing and fabric have always been central to what artists wanted to express. Here is La Pietà by Michelangelo, made for the Vatican in 1498–​9, with its pointed symbolism of a mothering body that is extravagantly draped, the venerated male body mostly naked. 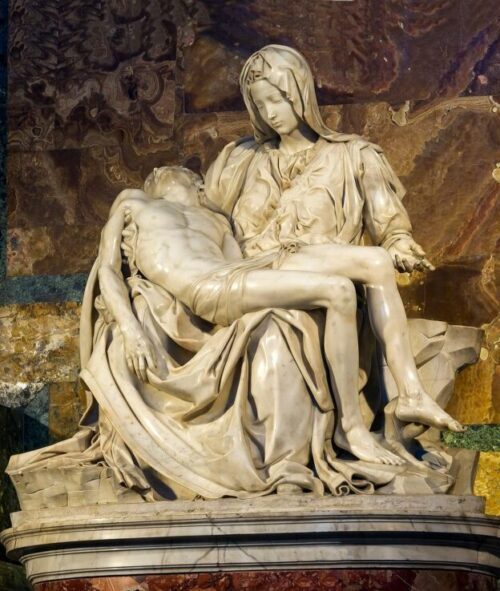 When you look at Girl with a Pearl Earring by Johannes Vermeer, what do you actually see? Much of the canvas is dedicated not to the girl, or the earring, but to the fabric of her garments. 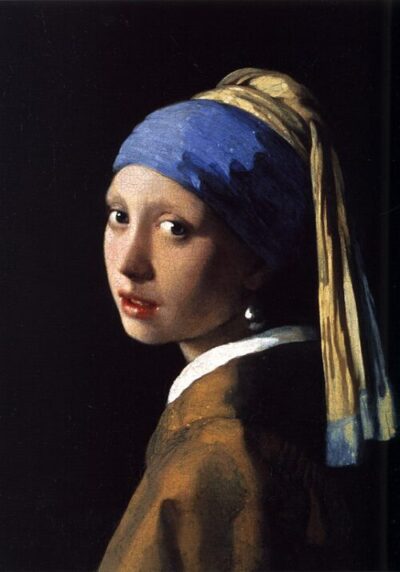 And what are we really looking at? A painting on canvas is really just a piece of fabric.

A garment could now be art.

In the decades since, art has become a lived experience. Artists regularly feature in their own work. What they wear is often crucial to their practice. Clothing can be used in a performance or to express a concept. It can feature in sculpture or installation, video or a virtual world.

What artists wear can be a tool in their practice. Their clothing can tell of their desire for another mode of living or, sometimes, their conscious subscription to the status quo.

Over the same time period, our relationship with clothes has changed completely. Formal dress codes have begun to break down. The line between work and play is blurring. Advances in fabric technology have made garments lighter, warmer, easier to wear. Shopping is now a mass leisure activity. Fast fashion is cheap and manufactured in far-​off lands. Meanwhile the industry as a whole blinkers its conscience, and consumers often ignore the hardship and injustices faced by those who make our clothes.

These changes in art and fashion seem to go hand in hand. Is this freedom?

The art industry is still dominated by male artists. In the first few months of 2019, just 2 per cent of art sold at auction was by women. At London’s commercial galleries, 68 percent of represented artists are male.

Fashion is condescendingly seen as a female pursuit. Look at the fashion pages of most newspapers and you’ll see that fashion is really taken to mean womenswear, in the strictest gender-​binary terms. Yet the owners of the two biggest luxury-​label conglomerates are both men, both profiting from what women spend.

I’ve spent twenty years as a fashion journalist. Most of my writing has been about clothing up to the point of production. This meant writing about garments of which one version had been made, only worn once by one model in the unreal conditions of a catwalk show.

I’ve often found that, when I ask someone about their clothes, they soon start talking about so much else: how they live, what they do, how they think, what they want. Clothing is a way in.

Many of those pieces in fashion shows are just for the runway—they are never commercially produced. To write about wearing them is fantasy. The language of fashion is founded in conjecture.

Now I want to write about clothing after the point of production. That is, once it has been made, bought, worn and given meaning by its wearer. I would like to understand the language of clothes. Artists make an excellent first field of study, because of their freedom with style, their struggle for self-​expression, and the power structures they work within, and often fight against.

This is not to deify artists: how boring, how false. How much do we miss of someone’s complexities if we put them on a pedestal? This goes for their work, their lives, and also what they wear. It dehumanizes Frida Kahlo to treat her garments as sacred relics. To talk of her in platitudes limits our understanding.

Clothing can be much more useful if we are wily in our manner. I’ve often found that, when I ask someone about their clothes, they soon start talking about so much else: how they live, what they do, how they think, what they want. Clothing is a way in.

By studying the garments of artists, we are able to approach them as human beings. Once we break from the assumption that artists are god-​like, we can disrupt the canon, an art-​historical tradition dominated by white men. In the process, we can look again at the meaning we attach to our own clothes, and free ourselves from ways of being that seek to keep us in our place. 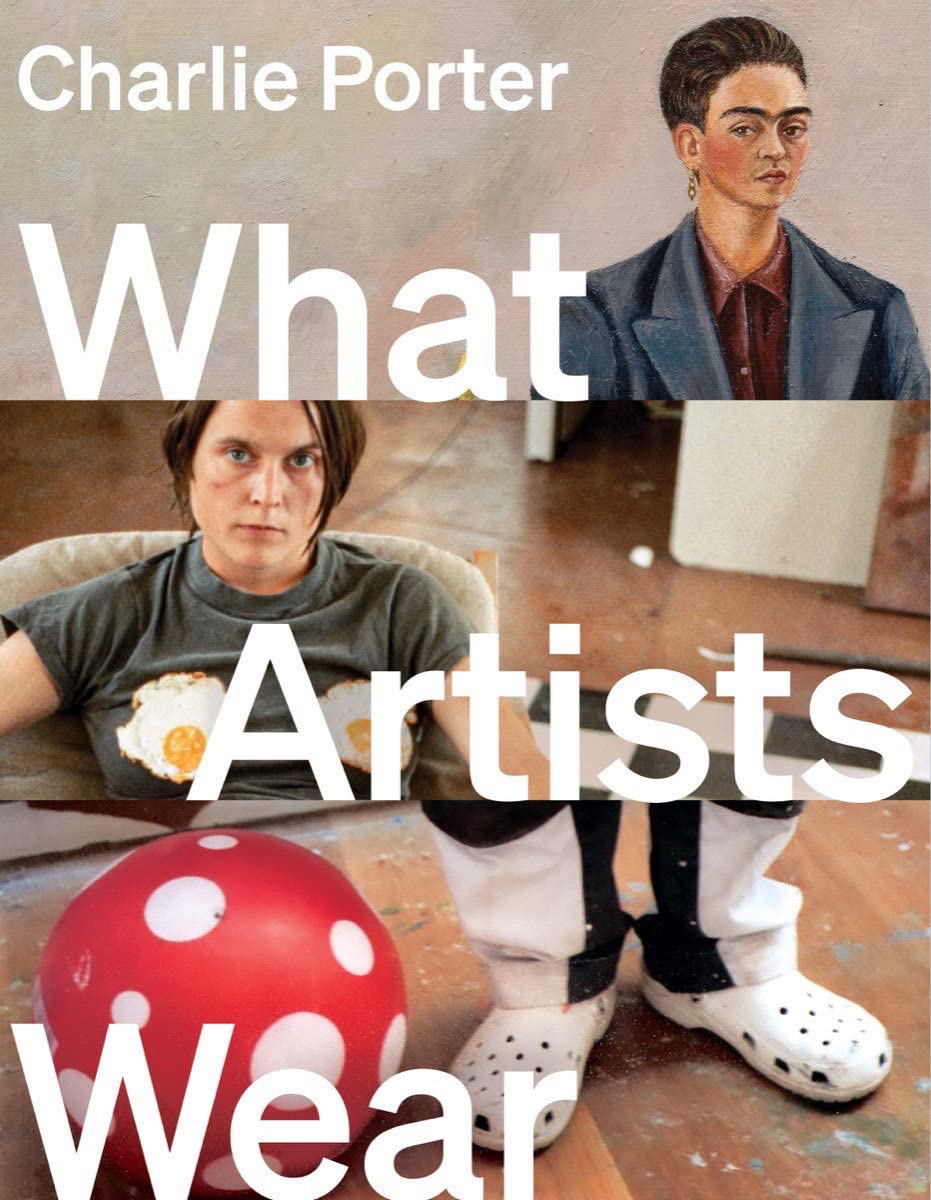