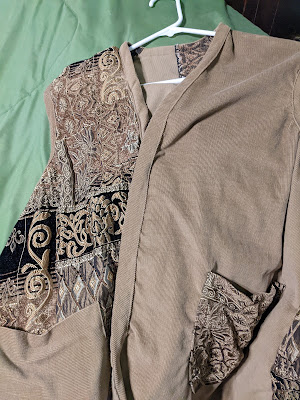 Aside from her tendency to think of weird ways to kill people, Anne Louise Bannon is appallingly normal. Her only real quirk is wearing earrings that don’t match. She is the author of the Freddie and Kathy series, set in the 1920s, the Operation Quickline series of cozy spy novels, and the Old Los Angeles series, featuring Maddie Wilcox, a doctor and winemaker in 1870. Anne and her husband live in the Los Angeles area, where they make the things most sane people buy. Which would be a quirk but seems to be increasingly normal these days. Today Anne stops by to talk about making her own bias tape. Learn more about her and her books at her website.

Making Your Own Bias Tape

Lisa Wycherly, one of the two main characters in my Operation Quickline series, sews a lot of her own clothes, but we don’t actually see her doing it very often. That’s probably because it’s a lot more interesting to see her chasing down bad guys or fighting with her partner, Sid Hackbirn, than it is to see her putting in a zipper.

On the other hand, in the latest Quickline story, My Sweet Lisa, we see her doing working on her friend Kathy’s wedding dress. And we get to see her sewing room through Sid’s eyes and through her mother’s eyes.

It's no coincidence that Lisa sews. I do, too, and like Lisa, I have a lot of scraps hanging around. One of the things I sometimes do is make my own bias tape. It’s rather easy, thanks to a gizwatchee called a bias tape maker (https://clover-usa.com/collections/bias-tape-makers).

The best fabrics to use are medium-weight cottons, but I’ve made bias tape out of corduroy, and it worked well. I’ve also used the backs of shirts whose collars have died. If I can get some solid strips, I’ll make bias tape out of it. The toughest part is finding the bias on a scrap that no longer has its selvedge. The second toughest part is figuring out how much you need if you have a specific project in mind. 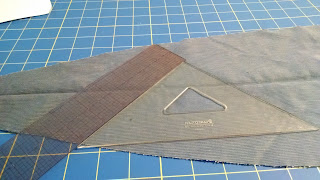 To find the bias on a scrap, look for the warp (lengthwise grain) or the weft (crosswise grain), and draw a line with a washable marker, chalk, or whatever you like. I use Flair pens because the ink shows up well and washes out easily.

Next, get a right triangle – you can find them in art supply stores or raid someone’s toolbox. Line up the triangle so that one of the right angle legs runs along the grainline you marked and the hypotenuse cuts diagonally across the grainline. If you happen to have a bit of selvedge on your scrap, you can line up the triangle along that instead. Mark the diagonal line, then use your ruler to make a series of lines parallel to each other along the diagonal. 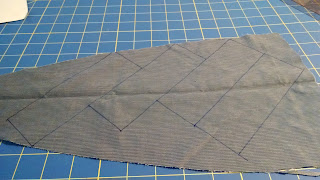 How wide to make that line depends on how wide you want your finished tape. It can vary and you should check the directions that come with your specific bias tape maker. As a general rule, the cut width is going to be three times your finished width. So, if you want half-inch wide bias tape, you’ll want to cut your bias strips an inch and a half wide. The wider the tape, though, the more it will depend on the specific bias tape maker you have. Another thing to consider is that if you’re using heavier fabric, you’re going to want to make the tape a lot wider since corduroy, for example, won’t go through a half-inch maker. 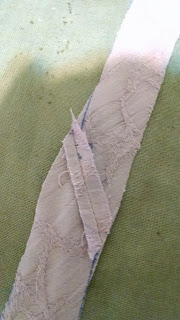 Once you’ve drawn your strips, you need to stitch them together. The best way to figure out which angle to match the ends is to lay the pieces out. If it will make a nice straight line when sewn and pressed, then that’s how it goes together.

Now, the fun starts. Depending on how long your strip is and how clean your floors are, you can just let the fabric hang off your ironing board or find something to roll it on, such as an empty toilet paper tube. You’ll probably also want another tube or piece of cardboard to roll up the freshly pressed tape.

Get your bias tape maker ready and your iron good and hot and steaming, adjusting for your fabric as needed. Poke the end of your strip into the wide end of the maker and push it through. This can be a little tricky and some makers have little holes in the top or bottom so that you can use a pin or other pointed object to push the fabric through. Once you’ve got the end through, get your iron in place and press on the end. Pull the maker back along the strip and you’ll see the folds magically form. Press those folds into place, roll up the strip, leaving enough space for the iron, then pull the maker back, and press again. 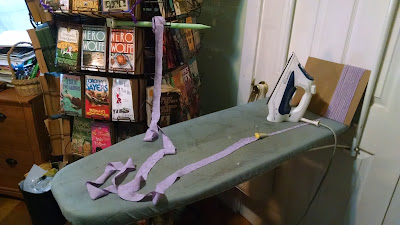 That’s pretty much all there is to it. Use your bias tape like you would any other. I used some corduroy tape to bind the edges of a vest. Other tape I used as decoration on a dress, and there’s a blouse somewhere in my closet that has my homemade tape binding the raw edge of a collar.

Now, whether we’re going to see Lisa Wycherly making bias tape in a later Quickline story, I don’t know yet.

My Sweet Lisa is currently appearing as a fiction serial on AnneLouiseBannon.com/blogs. It’s the seventh Operation Quickline story. You can find the previous six stories at https://annelouisebannon.com/operation-quickline-series/ 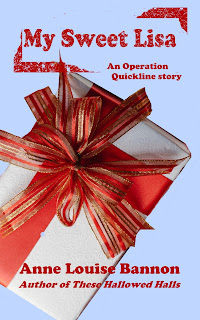 Lisa Wycherly's surprise birthday party ends in a terrifying disaster when she's kidnapped off the street. Her partner, Sid Hackbirn, is so devastated that he loses his interest in sleeping around - the one thing keeping the two of them apart. The kidnapping gets messy enough when it comes to light that the kidnappers got the wrong target. But there's also a defecting KGB agent playing games with the CIA, who are involved with the Colombian kidnappers.

Then Lisa's recovery sets in motion a whole other set of challenges as she and Sid deal with her trauma and try to get the KGB agent under control, only to find that Sid's randy past will continue to haunt them. The only thing worse? Figuring out how to be a couple.