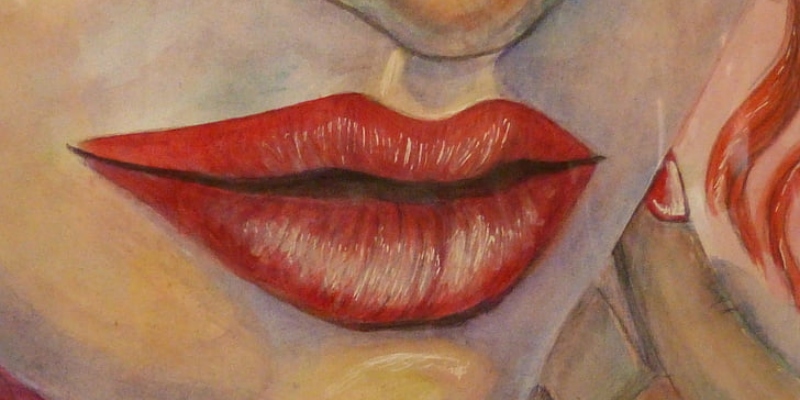 bin-bin: the sound of having lots of sex of dubitable quality
*

The sex I had before going to Japan was British, and it didn’t involve many words. Of course language paved the way, in both long- and short-term senses, and I suppose the deed was punctuated by certain phrases, but my memory of it is of bodies speaking in the place of mouths, a silent communing of skins. There are two ways of reading this wordlessness, which pull in opposite directions: speaking drew attention to what was going on and brought up feelings of embarrassment, so it was therefore avoided; and speaking mediated the experience, made it a less sensual one. The silence never seemed to me like a conscious choice—it was just how things were. Speaking about sex while doing it meant in some important way connecting what I was doing with the outside world, making it visible, which was instantly shameful. I was bad at talking about sex, and I felt no desire to get better at it.

With Y, I quickly find myself in a different situation. Suddenly, there is a surfeit of language, what feels like a constant stream of adjectives functioning as statements: you’re sexy, you’re pale, you’re wet, and the absolute favorite, you’re dirty. This I am told over and over, and it is said with a tone of surprise, as if it really were a good thing, and it doesn’t diminish his respect for me. This goes on for a little while, and then, after maybe the third time, there is a new statement:

At this time, as so many other times, it passes through my head that I am doing a crazy thing, allying myself with a man more than twice my age and so dissimilar to me. It occurs to me I am having sex with the kind of person I vehemently dislike, who believes out of unexamined male privilege and a sheer lack of imagination and inability to be present in the moment that life should imitate porn. I have only a vague idea of what sex in another language and culture should be like, but I know at least that it should be sexy and sensual and feel immediately right, despite all of the “superficial” differences. It certainly doesn’t have any of this inanity. Why am I tolerating it? But then, as usually happens, I look at him again, and remember exactly what it is that I like about him—or maybe more accurately, remember very simply that I do like him, however bizarre the situations I find myself in with him.

To satisfy his linguistic cravings, I start teaching him phrases, which feels better. For reasons obscure to me, he likes the word “erect,” loves to use it in what he thinks is the right way, even though I’ve corrected him a number of times; likes to say it first in Japanese and then translate himself proudly into English, in almost a singsong: “I have erected.”

Still, it turns out that that isn’t enough, that my reticence isn’t an issue he is going to drop just like that, and it becomes a long-standing issue between us: Why don’t you speak, why don’t you speak? I can’t bring myself to say anything designed to arouse him in English, so as a compromise, I learn to say some of the right words in Japanese. A friend had told me before all this began that what you say in sex is kimochi ga ii (it feels good)—the same words that the girls at school said to me when they touched my hair in the lunch hall.

For reasons obscure to me, he likes the word “erect,” loves to use it in what he thinks is the right way… likes to say it first in Japanese and then translate himself proudly into English, in almost a singsong: “I have erected.”

The phrase undergoes a quick transformation in my eyes from feeling unwieldy—overly long and suspiciously structural—to seeming totally reasonable. Very possibly, this transformation takes place in the face of the alternative scenario of being entreated again to say you’re so good, or you’re so big. But this new addition to my vocabulary proves to satisfy only for a short time. A few moments in, it’s met with a question in Japanese, which I understand: “Where?”

“What?” At first, I’m genuinely bewildered.

“Where does it feel good?” he says. There’s a sleazy note to his voice I don’t like.

I look down at him in horror. You have got to be kidding me, I think. I never knew this was part of the deal.

“Where does it feel good?” he asks again, and I look away and say in my best Japanese, “My body.”

Over time, it gets better between us. I’m not sure if the references to porn were just there out of embarrassment or if the corporeal desires are taking on a more affectionate cast or what, but in any case, they gradually grow less frequent. I come to know more about him, and in some ways to trust him. And yet his way of thinking about sex in general is still mysterious to me. We shouldn’t have too much sex, he tells me, because he will perform less well at work. When I probe him about the truth of this, he admits that this is just something that people say, and he has no idea whether it’s really true.

One night, when we’re lying hugging on his sofa, he says to me, “Do people in England think sex is a sport?”

I feel myself frowning. “What do you mean by that?”

“In America, people think of sex as a sport. So they say. We Japanese people don’t see it like that.”

“I don’t really even know what that means,” I say. “What does it mean, for sex to be a sport?”

We are having sex in his room, up against the pillar that divides the kitchen from the living room, my cheek pressed into its cold whiteness. His olive-colored trousers are in a pool around his ankles. We are silent, until he says without warning, in English, “We are like wild beast.” I smile, but only the pillar feels it. “We are fucking like wild beast.”

There is a softness to his voice when he speaks English, an occasional high swoop that seems calculated to mimic American intonation, but joining that now is also a growl, so that the beast I imagine is a bear. I think of us as two bears in the forest, fucking up against a tree—a scene that I’m fairly sure has never occurred in the natural world.

Maybe now, for the first time, I understand what he’s trying to do. Now when the fantasy is being evoked to intensify the reality, when it doesn’t pull us away into some commoditized territory in which I feel alienated and uncomfortable, now that it’s bears, and it’s so patently ridiculous, all that I can feel is the intention: to turn on, to be turned on. Though it’s hardly the sexiest thing that’s ever happened to me, it feels like it’s about us, and that is kind of sexy. It feels about desire, in its full stupidity—as if the secret of the erotic is that it is in fact ridiculous, bawdy, silly, and human.

I think of how I once thought having sex in a foreign language might be like something from a nouvelle vague film. I think of how crazy the reality is, how unexpected and how utterly, mind-expandingly nuts, and how mostly what I feel towards that fact is overpowering affection. The craziest thing he can throw at me, I think, I am ready to take.

A few weeks later, I find the word on which to hang my conflicted thoughts. Our thing, because he works all hours and is often either working or away at the weekend, is weekday dinner. Even when he gets home really late, we’ll cook together, lay out the dishes on his kidney-shaped table and have a beer, say kanpai. Once a week or so, at the weekend if he’s around, we will make a special meal.

There are days when we have shabu-shabu, a table-top pot of broth in which pieces of thinly sliced meat are “swished” (for which “shabu-shabu” is the sound) for a few seconds until they’re just done, then dipped in one of a selection of sauces. One day towards the end, he buys us horsehair crabs, one each, enormous orange pincushions with six plump old-lady arms, just about fitting into their polystyrene trays and wrapped in clingfilm, and we eat them with good sake that he’s bought to go with them.

But this is before that. He asks me one day what is my favorite Japanese food, and I tell him that I think it’s eel.

“Food that makes you powerful,” he says. “Like red wine.”

“Red wine makes you powerful?” I say, but I don’t say anything more, and then we get caught up talking about something else, and I don’t think much more about it, except by the end of the night we’ve hatched a plan to eat eel together at the weekend.

That weekend I go over to his place with some eel marinated in teriyaki sauce I’ve bought for a handsome price from the supermarket, along with a nice bottle of red wine. We’re making the salad, the rice is cooking, the wine already breathing on the cabinet. We move around each other in silence, and I’m thinking about how I feel more strangely and happily domestic than I can remember ever doing before, when suddenly, as he begins to set the table, he says,

“Oooooh, today we can have lots of sex.”

I look at him in utter astonishment. “What are you talking about?”

“I told you, eel is bin-bin foods,” he says. “Makes you very powerful for sex.”

“What!?” I say. It’s hard for me to know why I feel quite so scandalized by this, but I do. “You mean it’s like an aphrodisiac?”

“It makes you want to have sex.”

He looks at me, and nods, very solemnly.

I feel the breath flow out of me and then I am laughing, leaning down and grabbing my knees because I feel like I might collapse, not from hysteria as much as from just not being able to cope with anything anymore. What the actual hell, I want to say. What kind of a belief system is that, what kind of a word is that? This is long before I know that “pin” and “bin” suggest stretched out things, long, hard, flat things, and yet the idea that the concept of sexual virility could be expressed by something that sounds to me so infantile, so unsexy seems so very mad that it doesn’t feel like there’s space in my head to accommodate this new information.

Still, I know in some way that bin-bin may as well be the word that symbolizes my Japanese sex life, and maybe also my Japanese life in general: glorious in its specificity, its humanity, its absurdity. I want it to continue, and I cannot change it. And so, until the point where I decide I can’t tolerate it anymore, the only thing to do is to embrace it.

I look up at him.

“Erect,” I say weakly, from where I’m holding on to my knees. I don’t even know who I’m saying it for. 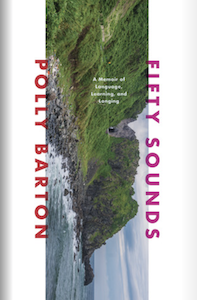 Excerpted from Fifty Sounds: A Memoir of Language, Learning, and Longing. Used with permission of the publisher, Liveright. Copyright © 2022 by Polly Barton.