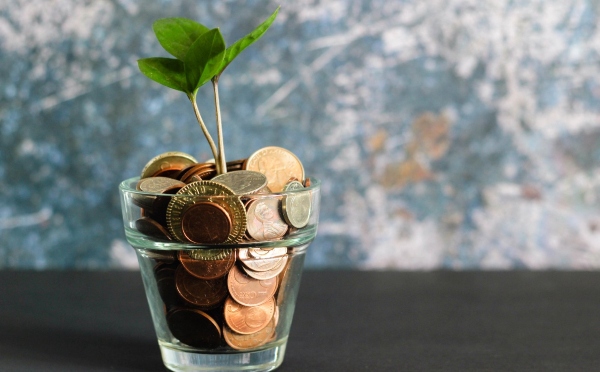 Last night, a colleague tweeted: “When people are middle-aged, they are troubled; how can they solve their worries, only get rich.”

Soon someone commented below, and some people said that finding a partner who loves them is the most important thing to do than getting rich. Some people also say that love can’t be stable like money, love will change but money won’t.

It can be seen that there are generally two different voices in the comments, namely money and love, which is more important, lack of money and lack of love, which life is more difficult?

Today, let’s talk about this topic.

A few days ago, a listener confided to me:

Compared with lack of money, lack of love makes her sadder. She would rather eat white porridge and pickles, as long as her husband loves her wholeheartedly, even if he usually makes noise about firewood, bread, butter, and salt, it is just a reconciliation of ordinary life. The most fear is the same bed and different dreams, and they look at each other silently.

She had been in a loveless marriage for seven years. After marriage, her husband changed to a job with a double salary and a better life. However, he became more and more away from home and became less patient and gentle to her.

Once, she checked her husband’s mobile phone and found that he had another woman outside.

She questioned her husband, but he refused to admit it, and even quarreled with her, blaming her for not trusting him.

She was so aggrieved that she couldn’t help crying. The more she thought about it, the more desolate she felt. She felt that half her life was still so long, how should she endure it?

Such a middle-aged couple is a true portrayal of many people.

Even if the house is big, but there is no temperature, even if the economy is rich, but the heart is empty, the daily life is like stagnant water, suffocating.

From this perspective, lack of love is more painful than lack of money.

This is why some people only want to have sincere love, even if they are poor, it doesn’t matter.

In life, everyone has different experiences, different perspectives, and different choices.

A female friend of mine told me: If she had to choose between love and money, she would choose money. Love can’t buy three meals a day, but money can.

Perhaps it was her experience that gave her this insight. At first, despite her parents’ objections, she insisted on marrying a poor boyfriend.

But after getting married, life is not good as she thought. Although her husband treats her fairly well, the other party’s death salary is not enough for the family’s expenses. After having children, the pressure is even greater.

She has to plan carefully for food, clothing, housing, and transportation. She chooses the cheapest clothes and skin care products. Even if she is tired from work every day, she is not willing to take time off to rest.

She said: “Because of money, two people quarrel a lot. When livelihood is a problem, what is the difference between love and not love.”

Perhaps when many people are young, they think that love is higher than money, and that as long as there is love, two people will be happy for a long time.

When love becomes marriage, everything needs money, but the pocket is empty, the day is busy, and the life is still very poor, then they begin to regret it.

The advantage of young people is that every young person believes that he can fly. And when the middle-aged man flapped his wings, there were still heavy weights hanging on the wings that could not be thrown off.

From this point of view, middle-aged people can barely survive without love, but they are unable to do anything without money.

When you are short of money, life is completely passive, and often even for little money, it hurts the harmony between husband and wife.

In my opinion, money, and love, no matter what is lacking, will not be happy. Most people lack both love and money and are faced with both spiritual and material deprivation.

Among them, what makes people even more deplorable is that they are confined to a loveless marriage, do not know how to love themselves, are trapped in a life of money, and desperately pin their hopes on others.

If no one loves you, then love yourself. A person’s spiritual prosperity starts from accepting oneself;

If you don’t have money, go to work and keep the economic power firmly in your hands.

You may also like these posts on The Good Men Project:

The post Lack of Money or Lack of Love: Which Life Is More Difficult? appeared first on The Good Men Project.