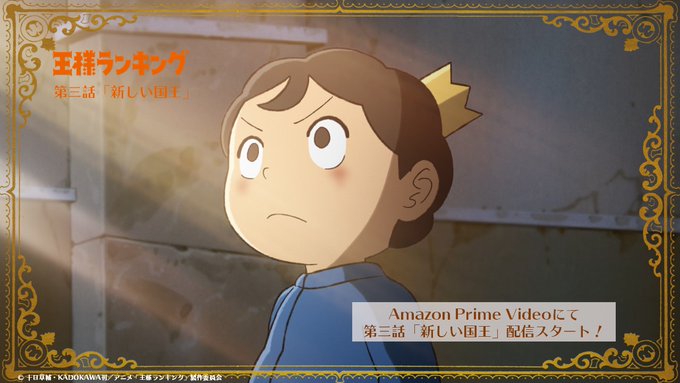 If you’re browsing the new releases trying to decide which anime to watch this season, you’re probably not going to spare a second thought for Ranking of Kings; it’s based on a manga almost nobody has heard of and its art style seems to immediately pin it as a children’s series, so the only thing that might pique your interest is that it’s being animated by Wit Studio. However, just like Odd Taxi and Puella Magi Madoka Magica before it, Ranking of Kings is secretly one of the best new anime out right now. Here are our impressions of the first few episodes!

The Most Unlikely of Heroes 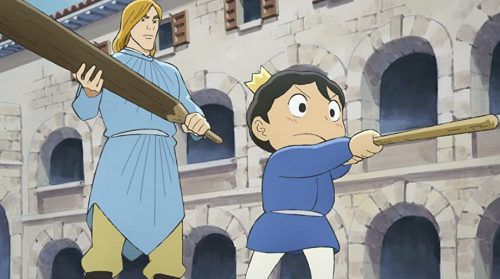 Bojji, the first prince of a medieval fantasy kingdom, is determined to succeed the throne one day and be the highest ranked king in the world. Unfortunately, he’s deaf and physically frail, and everyone else dismisses him as inferior to his conniving younger brother Daida. Despite this, he figures out ways to make up for his shortcomings and keeps a brave face on at all times. A strange shadow-like creature named Kage meets Bojji and initially just wants to take advantage of him by stealing his expensive clothes, but soon sees how hard the little prince works just to survive and befriends him for real. Their relationship is very pure, and they make a great team as they take on the world together. The stellar voice acting from everyone in the cast perfectly sells these characters as real people, but special mention goes to newcomer Minami Hinata as Bojji—even though the prince doesn’t speak in intelligible words, you can understand every complex emotion through just his little vocalizations. We wouldn’t be surprised if she gets an award for this performance!

More Tears Than a Pixar Movie 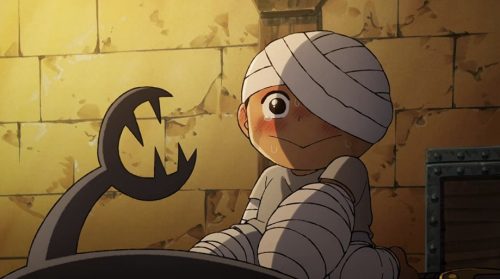 The voice acting isn’t the only surprisingly amazing aspect of this anime—the writing and animation are stellar as well. Though it’s not often that an anime gets us to cry real, actual tears within the first few episodes, episode 2’s exploration of Kage’s backstory and his eventual decision to support Bojji no matter what was so heartwrenching that we felt like we’d run an emotional triathlon by the end. It takes real talent to get the audience to care so deeply for a near-featureless black blob and a little boy whose design is only about as complex as Mickey Mouse, but the madlads at Wit Studio actually did it. This is the true strength of Ranking of Kings. It doesn’t pull any cheap tricks to yank at your heartstrings—there’s just the mangaka’s original story and a highly competent group of creators who know exactly how to make it work as an anime. Now that Bojji and Kage have set off on their journey, we can’t wait to see what happens next!

We can confidently say, even this early in the game, that Ranking of Kings will be a strong contender for Anime of the Year if it keeps up this level of quality throughout the season. In short, don’t sleep on this one or you’ll be seriously missing out! What did you think of our first impressions? Have you checked out Ranking of Kings yet? Did it make you cry? Let us know in the comments, and thanks so much for reading!