The good ole' BSL Office got a little revamp last week...and it's one of those full circle moments! 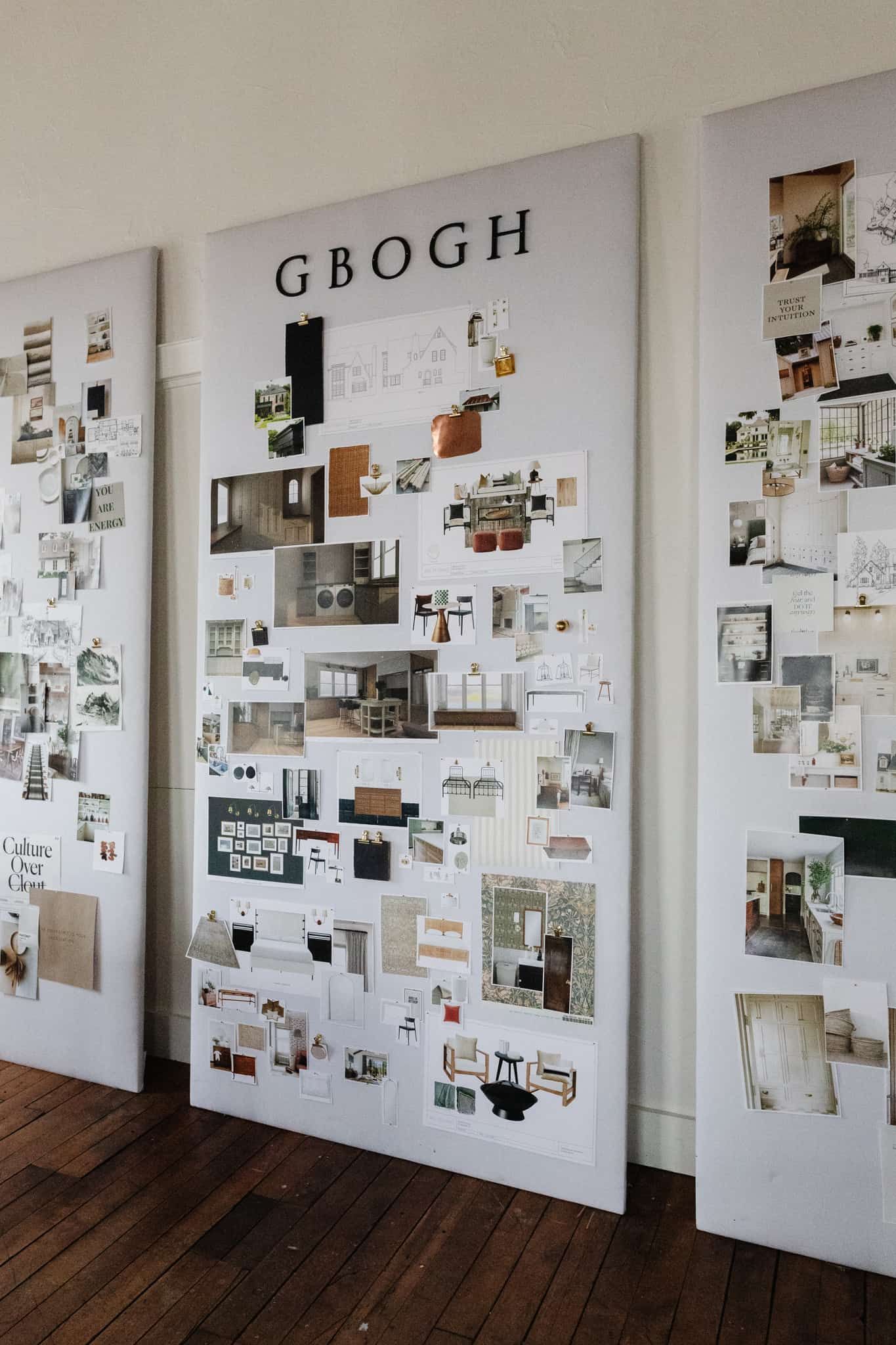 Back in college, I interned at Nate Berkus Associates. One of the head designers there had a pin board of inspiration images that she was constantly changing. It was honestly one of my favorite things I took away from that internship (among a lot of things) and after I saw that, I knew that someday I would have a pin board of my own.

Fast forward, and we now have THREE huge pin boards in the BSL Office! I built these right when we moved into the office because I needed something real big to distract from how weird the wall was. You can't really tell, but behind these boards are all these different types of wood/plaster/ and a whole assortment of not-so-pretty moments.

Not only did these pin boards do the job of taking up all the space, but they gave the perfect moment for a real life Pinterest board. I swear by Pinterest (you can follow my personal Pinterest here) and while I love having everything saved online, there's something pretty dang good about seeing the images printed out in actual person. 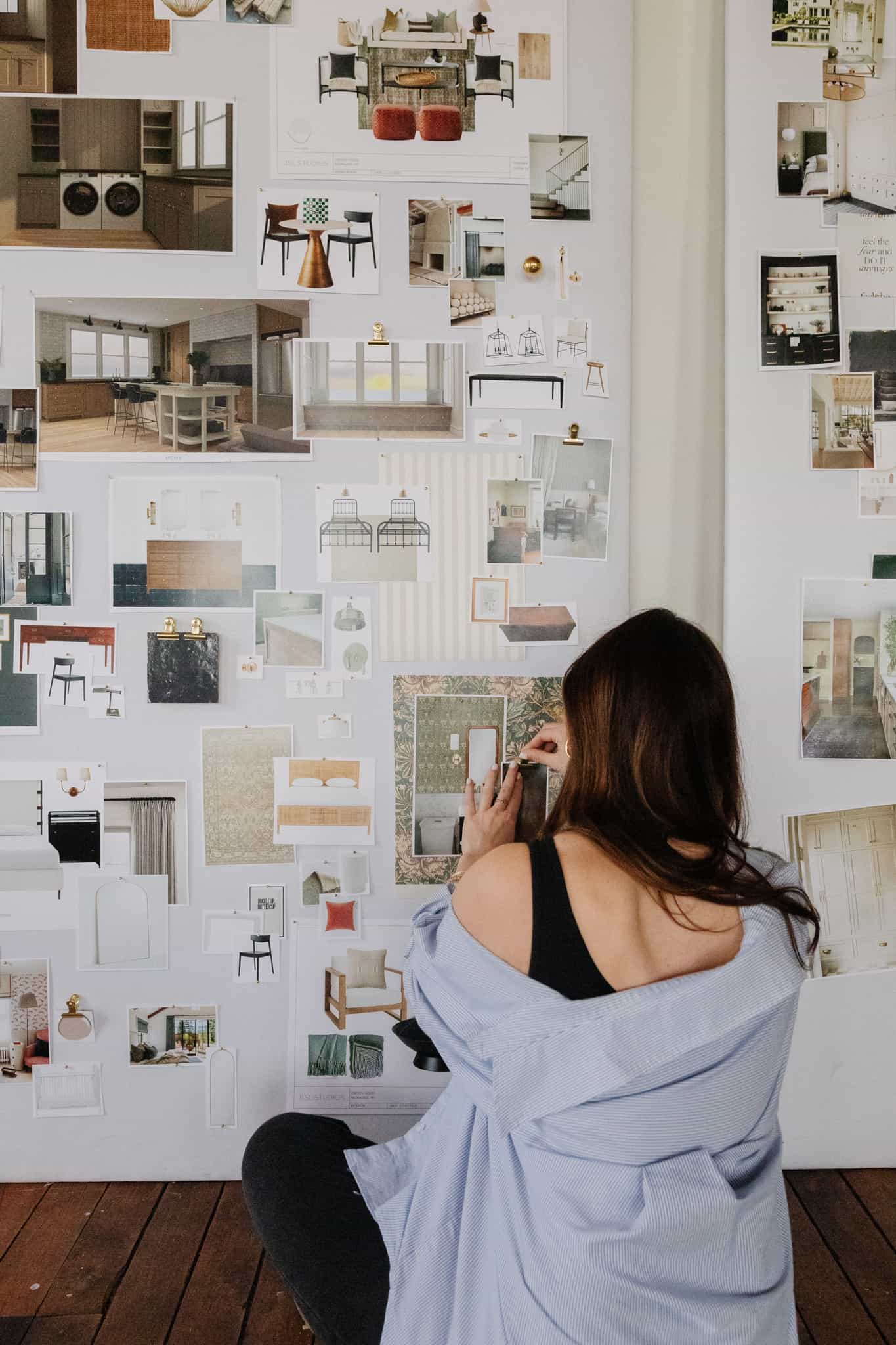 I knew when we bought the GBOGH house that one of these boards would have to house allllll of the design plans I had. Next house, I want to do the inspiration board way earlier in the project but everything has been a little delayed for this house. hah! It's been on brand with the process

Honestly, this board has been on my to-do list for WEEKS (months lol) but I had to really kick it into gear when the film crew who is renovating the house asked to film me putting the whole board up.

Let me give you a brief walkthrough of the board and then I'll share a lot of pictures so you can see all the good stuff up close. 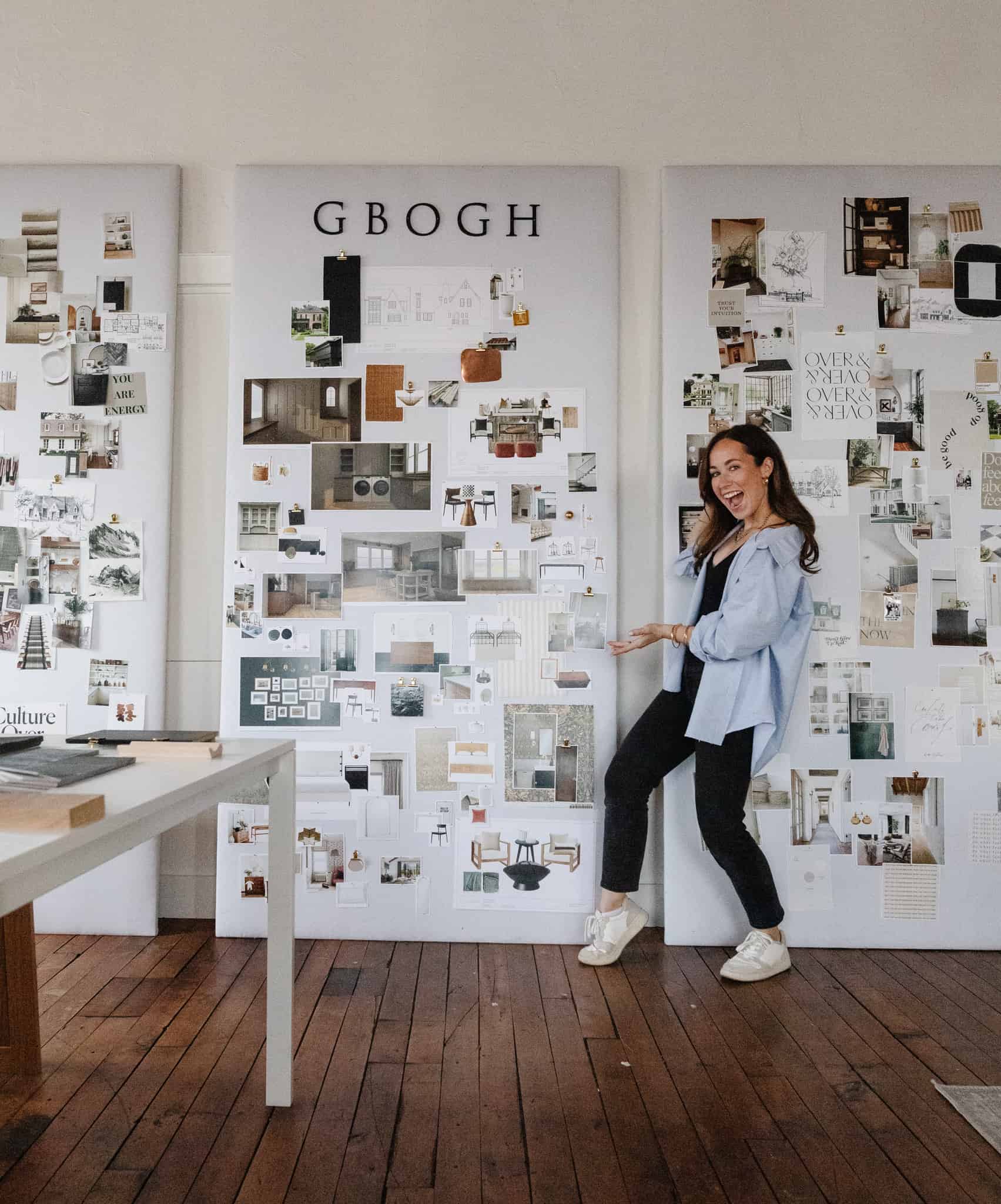 The GBOGH letters at the top of the board are actually house numbers from Etsy. If you need some new house numbers, I recommend ;). I actually thought they were metal but they're a hard plastic. Which worked out much better for us since they're being held on the board with a clothes pin hahaha. I ended up buying the same numbers for the actual house. Don't you think this will look so cool when each board is a house with a different name?!

This might be a little hard to follow, so bare with me ;). Here's the order to the madness seen on the board... (starting at the top then going left to right)

. Everything on this board is things that we 100% are going with...there's some good stuff!! Here's some pictures so you can see the boards better... 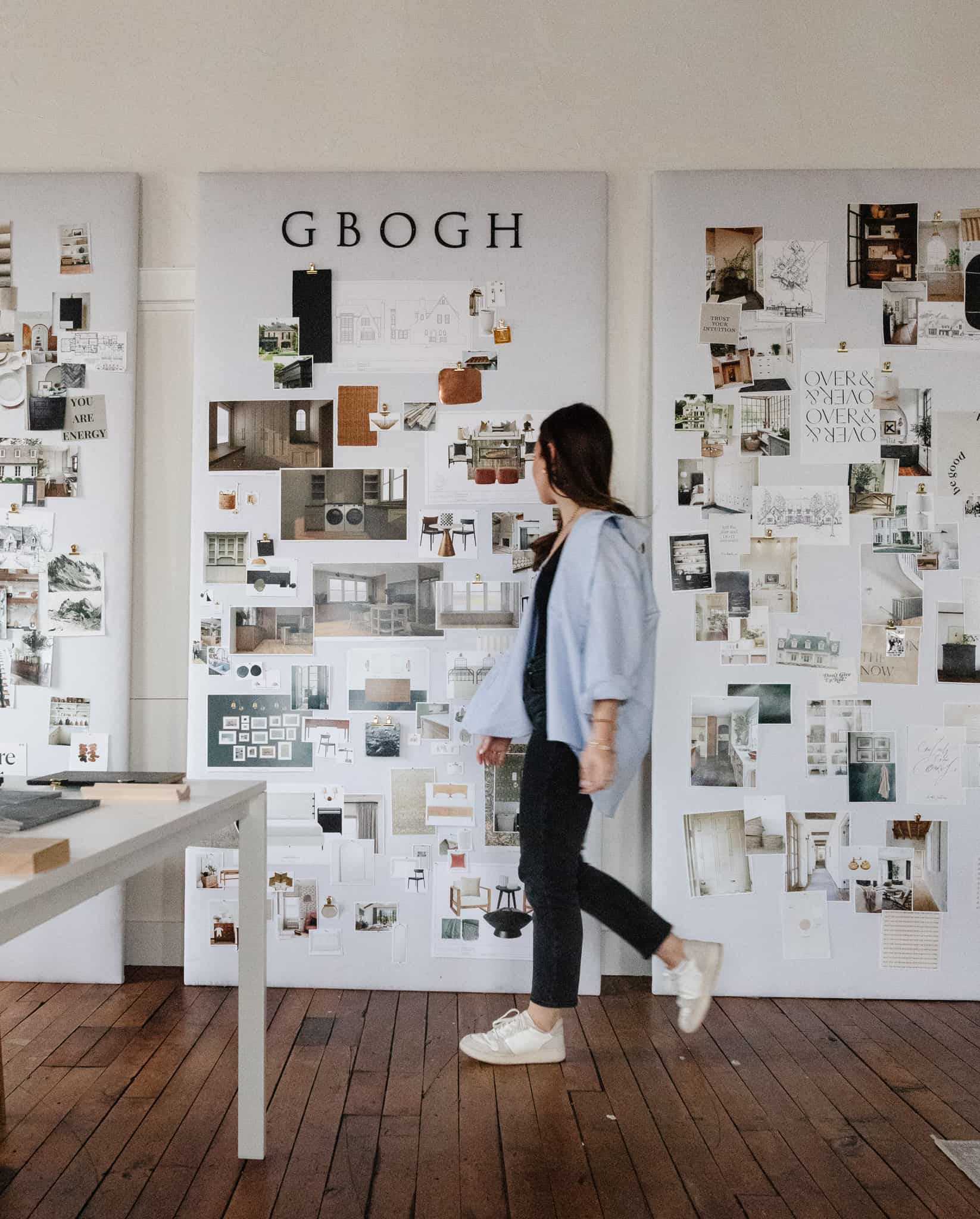 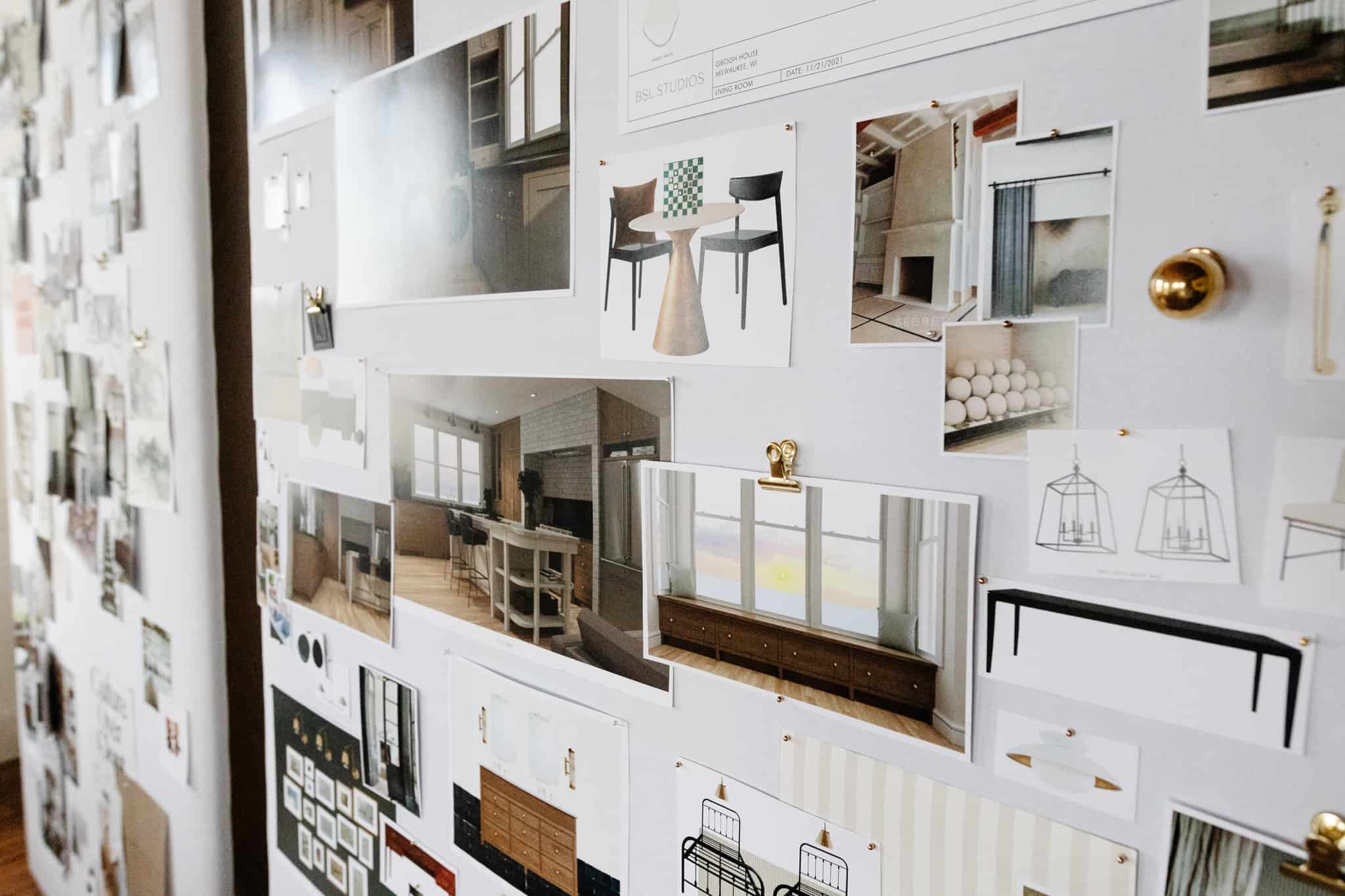 Hopefully sooner than later (we can't get our hands on another freakin' house because of this market!), each one of these boards will have BSL houses on them. A fun little design tradition started!!

We are 6 weeks away until the house is completely finished...can't even believe it!

The post The ‘Go Big Or Go Home’ House Has Officially Made It’s Appearance in the BSL Office appeared first on By Sophia Lee.