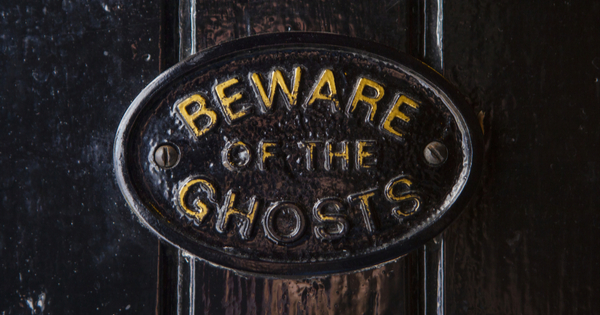 The political situation we are in today reminds me of a frightening dream I had as a teenager. I was outside, at night, on a mist-filled city street and felt something calling to me. I didn’t know what it was, but I followed it anyway to an old storefront, the kind with a door set between two showcase windows, which were empty of everything but darkness. The door was partly open, so I stepped inside.

The dark and emptiness continued inside the front room. But the call grew stronger as I walked. I followed it to an even darker back room where I could feel but could not see. And the room was not empty. The call was ringing in my mind, emerging from one corner filled with what I thought were people standing eerily still. I approached one, then another, tentatively reaching out to identify them. They were not breathing, not alive. I started searching more frantically, to find the source, the being, the life that was calling out for me.

And then I felt it, there, before me. A powerful, child-sized mannequin with a voice. But it had no head.

Teenagers can easily feel a type of solipsism, a fear that they are alone, isolated, or afraid that what they feel, no one else feels. That they are, in a way, the only human, or only human like them. Their need calls out for them, but they fear no one will be there when they respond, so they don’t. Adults can, of course, feel something similar. It is too easy to lose touch with the rest of the world.

Zen teacher Katsuki Sekida, in his classic book Zen Training: Methods and Philosophy, said we suffer when we don’t understand the reflecting action of consciousness. Although the world is always whole, never divided, we don’t always experience it that way. We first sense the world, then have thoughts about or reflect on what we sense, then reflect on reflections.

This goes on moment after moment. We reflect on what has already gone and can mistake the reflection for the reality. Consequently, we are always rushing to catch up. The reflection can be powerful; but it is so much smaller than the total reality that gave birth to it.

Out of such thoughts, self-consciousness is born. Self-consciousness can mean “aware of oneself” or distant from oneself and uneasy about it. We separate the object of awareness from the act of being-aware and create this distinct being, with specific characteristics and history who has thoughts. We fashion an ego and then try to pin it down, give it life, and maintain it, but we can’t. Because it’s an apparition. It’s more like a suit of clothes we put on than the body that wears them.

One of the key battles of human history is to feel the life of the world, the life that resides in all of us. To feel that the world is alive, not dead ⎼ not a machine, not just dead matter. So much of the world breathes and feels. We struggle as a species to even feel the reality of others and thus to come alive to the reality of ourselves.

And when we feel separated and isolated, or like a mannequin without a head, we hurt. We can feel like there’s a vacuum inside us, one that lusts to be filled but never recognizes what it inhales. Or like a hungry ghost, like the gaki in Japanese Buddhism, beings with insatiable hunger, or the preta in Tibetan Buddhism, teardrop-shaped beings with bloated stomachs and throats too small to allow food to be swallowed.

When we study the actual feel and cause of suffering, the first and second of the Buddhist Four Noble Truths, for example, we notice a sense of life being “off,” like riding a bike whose wheels are bent or out of kilter, and we look for a solution in the wrong place, outside us. We hunger for what will never alleviate that hunger, and thirst for what keeps us thirsty.

What feeds this thirst are three poisons⎼ aversion, greed, and ignorance. Aversion is ill-will, hate, pushing reality/people away. Greed is grasping, craving, thinking “I am what I own.” And ignorance is ig-noring or not-seeing what is in fact there before us, as well as confusion or delusion, holding tight to beliefs in what is false, hurtful, or merely habitual. These poisons create the inner vacuum, what philosopher and Buddhist teacher David Loy called a sense of lack, or sense that we are the lack that can never be filled, not in the way the lack craves.

DT and so many of his GOP followers are scary for many reasons. But one is that their behavior so directly personifies the three causes of suffering, or the hungry ghosts ⎼ a solipsistic and narcissistic way of thinking, a total lack of empathy, a delusion that only they matter, only they are truly human and alive. And other people, in fact, the universe itself, is not something or someone as alive and valuable as they are, but merely objects important only as much as they can be bought, used, and manipulated.

Their hunger can never be filled as long as they lie to themselves as well as others. As long as they are never able to see in themselves the actual source of their hate, craving or delusion, they will never be able or willing to do what will in fact heal them and stop the hurt they cause.

No one can do it without taking responsibility, noticing and knowing things for what they are.

Training in compassion or emotional intelligence, meditation and mindfulness, can help us all widen our perspective, reveal how the mind works and return us to ourselves. When we notice what arises inside us, we can learn from it. We can understand what works and what doesn’t, what hurts and what heals, so we can act, let go or move on.

When we hear traffic as the sound of people much like ourselves needing or wanting to be somewhere other than where they are; or see the red of a male cardinal and hear its call as the world longing for companionship and love; or we touch a tree and feel under its rough skin how it drinks and feeds from the earth and is sustained by sunlight, like we are. Then we can see ourselves with more clarity and touch the “outside” world as if it was as close to our heart as what’s “inside.”

The post The GOP: A Party of Hungry Ghosts appeared first on The Good Men Project.