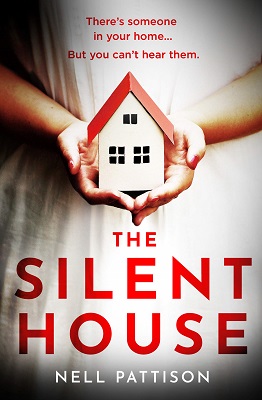 If someone was in your house, you’d know … Wouldn’t you?

But the Hunter family are deaf, and don’t hear a thing when a shocking crime takes place in the middle of the night. Instead, they wake up to their worst nightmare: the murder of their daughter.

The police call Paige Northwood to the scene to interpret for the witnesses. They’re in shock, but Paige senses the Hunters are hiding something.

One by one, people from Paige’s community start to fall under suspicion. But who would kill a little girl?

Was it an intruder?

Or was the murderer closer to home?

Paige Northwood is a sign language interpreter. One morning she is called by the police to attend a scene, she knows nothing about the case she is about to walk into just that the family is deaf and she is required.

Upon entering the house Paige is asked to sign to the mother of the family, Elisha, that she needs to undress and provide her clothes for evidence as they are covered in blood. After helping Elisha up the stair Paige notices the children’s bedroom door is open. There lay in her cot is Elisha’s step-daughter, Lexi covered in blood and she is dead.

No-one in the family heard anyone come in during the night but Elisha’s step-son saw a grown adult near Lexi’s cot who signed to him. Did someone break into the home to kill little Lexi or is a member of the family guilty of the heinous crime?

The Silent House is a psychological thriller featuring a truly wicked crime. Someone has murdered a little girl in her bed during the night. The book is told in the first person and from the sign language interpreter’s point of view, Paige.

The plot is quite a slow burner and follows the police investigation as well as Paige’s own investigation into what happened that fateful night.

I’ve read a few books recently with deaf characters as the lead and I must say that I have enjoyed them all. Having someone use their other heightened senses to work things about as well as showing how the deaf community help one another is a wonderful addition to the story, plus we get to see the difficulties they face within the hearing community.

The book has a few twists and turns within as well as red-herrings, though I had worked out just before all was revealed who the killer was I just need the why. This is one of those books that makes you question whether you truly know someone and what they are capable of.

If you enjoy a good thriller that builds slowly but holds your interest then this book is for you, as long as you can deal with the death of a child.

After studying English at university, Nell Pattison became a teacher and specialised in Deaf education. She has been teaching in the Deaf community for 12 years in both England and Scotland, working with students who use BSL. Nell began losing her hearing in her twenties, and now wears hearing aids.