At a small birthday dinner recently, three people asked me where I got my black velvet blazer. It was vintage Versace, but that’s not what made it extra-special.

“It was my mom’s,” I answered proudly. When it came to a compliment on something unique I was wearing, this was almost always my reply.

As a little girl, I played dress-up in my mother’s closets endlessly. She had two—one in her room filled with older things, storage boxes and furs, and another outside to hold everything else. Snooping through her wardrobe elicited the thrill of doing something dangerously prohibited, slipping on delicate items I shouldn’t be touching as if I were sneaking around inside a fashion museum.

At 41, I’m still playing with my mom’s clothes. When she died just over a decade ago, the closets I ransacked and pined for as a girl finally became my own. No permission needed to touch or try on. When I stand in the mirror, giant layers no longer overwhelm a child’s frame. Everything fits; in many cases, some things are actually too small now.

When she died, the closets I ransacked and pined for as a girl finally became my own.

Wearing these items doesn’t just give them a second life—it makes me feel closer to my mom. Like stylish security blankets I can take with me everywhere I go, her pieces reminds me of the woman who wore them first.

And I’m not alone in this practice. Lately, celebrity daughters have made headlines for donning their famous mothers’ fashions. Angelina Jolie‘s daughters raided her closet for dresses to wear to The Eternals red carpet premiere. Most notably, daughter Zahara donned a vintage Elie Saab gown that Jolie had previously wore to the Oscars in 2014. Just this summer, Brooke Shield’s 16-year-old daughter, Rowan, wore her mom’s red strapless 1998 Emmys gown to her prom. 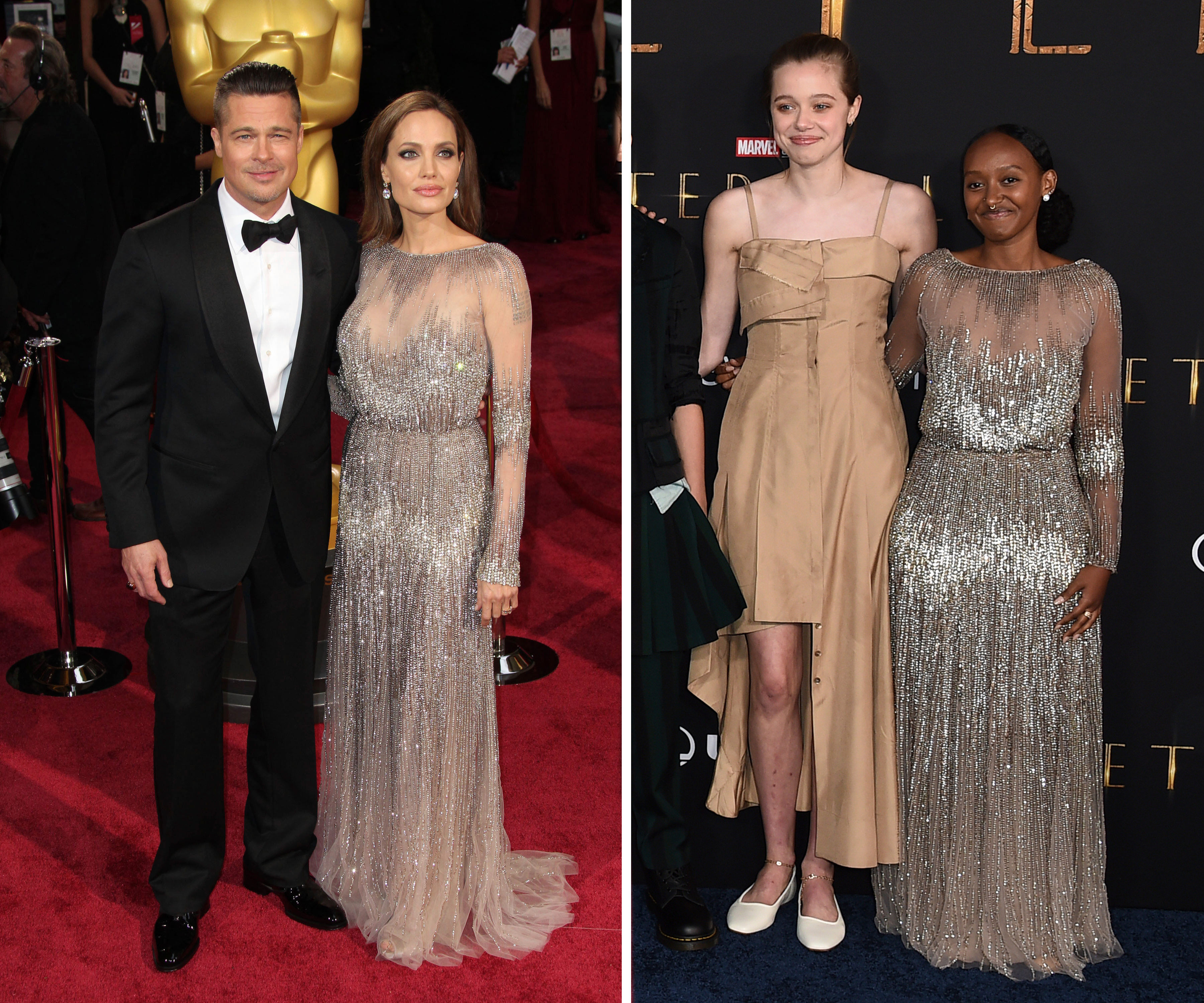 Both decisions spurred viral style moments that also sparked conversations on the power of sustainable, recycled style. Celebs showing off inter-generational wardrobes doesn’t just allow them to recycle their special items—it majorly impacts fashion consumption as a whole. When celebrities with massive shopping budgets opt to share pieces with their children instead of buying them new clothes, it allows us to feel comfortable doing the same on a smaller scale.

But for me, the bond between my mother and me has always been the biggest benefit of partaking in her wardrobe. Wearing her special things is a way to preserve her style—and in a way, her memory.

Funnily enough, my mother rarely wore the items in her closet that I now cherish most. Her daily attire consisted mostly of leggings and oversized black sweaters; her version of the typical New Yorker uniform. Never did I catch her in the rainbow striped Missoni drop-waist dress, or the luxe gray Norma Kamali wrap sweater. These pieces might’ve been her favorites before my time, but that was an era I can only know through faded pictures and fondly recalled memories shared when she was still here.

These pieces tell the story of a beautiful young woman who travelled the world, dined with fabulous friends and exuded independence and personal style. In one particular photo I look at often, she stands on a street corner somewhere in Italy wearing tan sandals with socks and a belted powder blue top. Her amused expression is as though she’s staring right at me. 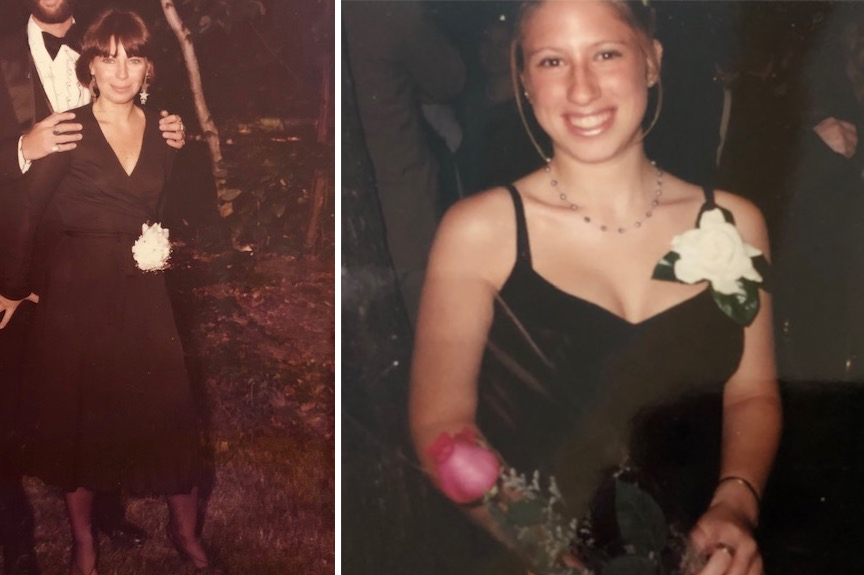 I recall once finding a box with a gold-embossed photograph of my parents from my uncle’s wedding. They were young and carefree—her face framed by dark bangs, a long-sleeved black dress complementing her slender frame. She was the most beautiful thing I’d ever seen. At her waist, a giant white gardenia flower is pinned to the dress’s bodice. Decades before Carrie Bradshaw ever came in contact with a flower corsage, mind you.

Years later, at my high school graduation, I attempted to copy the look, pairing a cheap black Joyce Leslie dress with a white gardenia pin. I still recall the pride with which I wore that outfit, imitating my style icon and hero as she watched in delight.

Lately, I’ve taken to copying entire photographs discovered during clean-outs, recreating my mom’s stylish moments with as much precision as I can. Imitating her allows us to maintain our special bond now that she’s gone. It’s a connection I carry with me in private whenever I wear her clothes.

Wearing her special things is a way to preserve her style—and in a way, her memory.

According to a study called Enclothed Cognition conducted by Professor Adam Galinksy and colleague Hajo Adam at Northwestern University, emotions play a huge role in what we wear—not because of the clothing itself, but the associations we make with them and what they evoke in us. This explains why I still think of wearing my mother’s clothes as a form of dress-up, one that spurs so many powerful emotions.

Her pieces are a fashionable shield of armor that doesn’t quite represent me or my mother, but rather, the bridge between us. When high-waisted circle skirts appear between the pages of next year’s Vogue, I can swim through a sea of my mom’s old skirts and know my outfits bear her seal of approval.

In a time when so much is defined by our generations—you’re either an annoying millennial, an old-fashioned boomer or a progressive Gen Z-er—a shared love of style still has the ability to connect me with my mother. It’s a bond that helps me heal a little bit more each time I slip something of hers off the hanger and put it on.

I may grieve her absence, but when I wear her clothing, I embody her presence. Though she’s not here, her spirit continues. That’s the true power of style.