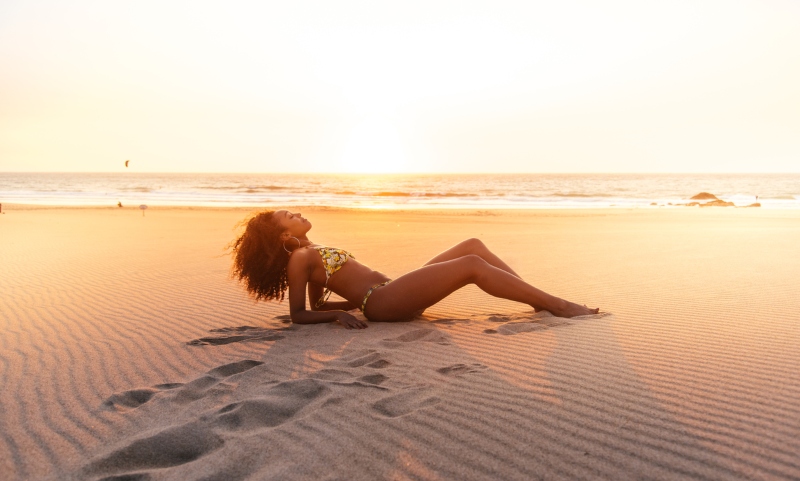 “There are as many styles of beauty as there are visions of happiness.”

And I think most people would agree with this statement.

For example, as a young girl, I dreamt of being transformed into a goddess with hair the color of fire and eyes the color of emeralds. However, some of my girlfriends desired the exact opposite, wishing either for an exotic combination of raven hair and caramel eyes or for the innocent allure of golden locks with snow-colored skin.

And just as females all have different versions of what makes a woman beautiful, so do men.

However, while men’s ideas differ widely on what physical traits and female styles are appealing, many studies have still sought to answer the question of what constitutes the “majority opinion” of males concerning a woman’s attractiveness.

Here are a few of those studies.

If you asked most women, they’d tell you hair is something they spend a lot of time on to make themselves more appealing to the opposite sex.

And from research done on male attraction, they’re wise to make these efforts.

For example, Glamour cites a poll done by Pantene that emphasizes the importance of hair on catching a man’s eye. Here’s what they discovered:

And though a man’s likes or dislikes concerning the perfect color, cut, and style of a woman’s hair are primarily a matter of personal preference, many studies point to commonalities among what men find alluring in the “do” department.

So much for the famous saying that “gentleman prefer blondes.”

Numerous scientific research concludes that brown and black-haired beauties are preferred by most men.

For example, Elite Daily details an experiment undertaken by researchers Swami and Berrett in hopes of finding out what hair color men are most drawn to.

The experiment consisted of men looking at photos of the same woman with three different hair colors. It revealed that men were most attracted to brunettes.

Huff Post posted similar results of another poll done on men’s hair color preference. This poll, conducted by the dating-driven social networking platform Badoo, interviewed over two thousand British men about what color mane they favor in a female. Here’s what the poll determined:

“60 percent of men found dark hair to be more preferred than light, with 33.1 percent picking brown hair as the most attractive and 28.6 saying black hair is the sexiest.”

If you’re pondering whether or not to tell your hairdresser to grab the scissors and give you that pixie cut you’ve been considering, research says it may be in your best interest to hold off a while.

“Only long and medium length hair had a significant positive effect on ratings of women’s attractiveness.”

CNN mentions another study where women’s photos were digitally manipulated to show them in short, medium length, and long hair. The majority of men chose the picture of the woman with long hair as the most enticing.

The numbers are in. Regardless of whether a woman’s hair is short or long, straight hair may be the fastest style to grab a man’s eyes.

Huff Post relays a study done by Zoosk in celebration of Hairstyle Appreciation Day. Men were questioned about their hairstyle preference on women, and these were their answers:

“[Hair] down and straight was number one with 38 percent, down and curly came second with 33 percent, and a sophisticated up-do or simple ponytail tied with 13 percent.”

As a matter of fact, an article published in Glamour mentions the advice of dating expert Patti Stanger, star of the reality show The Millionaire Matchmaker.

Stanger advises women who want to snag a male millionaire only style their hair straight.

Lipstick or clear gloss? A naked eye or a smoky one? Simple and fresh-faced or contoured and highlighted?

These are some of the questions that women ask themselves when trying to up their chances of getting male attention.

And from the research, I’ve done, the results are mixed.

For example, Bustle cites an analysis done by the dating app Zoosk comparing how many messages female profiles received based on whether women were made up or bare-faced.

However, the study does not specify the exact amount or intensity of the makeup, which leaves women unsure of precisely what things to add or subtract from their makeup routine.

Byrdie provides more clarity on this issue, revealing that many men like makeup on a woman only when worn in moderation. Things such as orange or unnatural foundation and artificial additions like fake lashes and nails were found to be big “no-no’s” to most men.

So, maybe it’s better to take the “less is more approach” to cosmetics or master the nude makeup look. If you’re interested, Ipsy gives some tips on how to do so here.

But before you throw out all your lipstick and head to the store for gloss, there’s one other fact you need to consider.

Lipstick is the one area where bolder may be better.

For example, Stylecaster mentions a University of Manchester study where fifty men looked at images of either red-lipped, pink-lipped, or bare-lipped women. The study revealed:

“Men spent an average of 7.3 seconds staring at the women wearing red lipstick, 6.7 at the pink-lipped ladies, and only 2.2 seconds at those who wore no lipstick.”

The publication also reports ruby-lipped waitresses are tipped more than servers who had other lipstick shades on or no lip color at all.

This love of red lipstick may be because red has long been associated with desire and seduction (think Marilyn Monroe and other pin-up beauties).

And this fact reveals itself not only in male preferences for lips but also for clothes of the same color.

While it probably wouldn’t be smart to attend a Superbowl party sporting a fancy red dress, it would be smart to wear something red. Because the truth is that red clothing attracts a man’s attention more than any other color (just so you know, the color black comes in a close second).
The power of red

If you guessed guys preferred the photo of her in red, you hit the nail on the head.

Elliott and Niesta’s findings support the idea that many “men have a strong but unconscious attraction to the color red” and “men perceive women in red as more attractive and desirable than those clothed in other colors.”

Web MD and other scientific studies state the seductive power of red is largely due to biology, explaining that the color mimics physical changes in animals during mating rituals.

The allure of high heels

Much to most women’s dismay, wearing high heels also ups a man’s chances of finding you desirable.

The Cut details a done by the University of Bretagne. In the study, female participants asked male strangers for directions. The women changed shoes every ten males and switched between flats, two-inch heels, and 3.5-inch heels.

“While the women wore heels, 83 percent of men helped them with directions, compared to 47 percent while they wore flats.”

These same women were also instructed to “accidentally” drop a glove near unsuspecting males.

Ninety-three percent chased the heeled women to return her gloves while only sixty two-percent did so for women wearing flats.

Some scientists assert that a man’s affinity for heels lies in the fact that, when females wear them, their stride changes, causing their hips to sway seductively. Other studies indicate that heels cause the back to arch, producing an alluring “angle between the back and bottom.”

Her Norm gives females some specific outfits that seem to attract a large majority of males. Here are just a few of the ones they mentioned:

If you’ve been wanting to experiment or try out some new looks, there’s no harm in playing around with hair color, makeup, and clothing. You may even find a “trial run” helps you discover a part of yourself you never knew existed.

However, there are certain things that all women should remember.

Join The Good Men Project as a Premium Member today.

All Premium Members get to view The Good Men Project with NO ADS.

Log in if you wish to renew an existing subscription.

By completing this registration form, you are also agreeing to our Terms of Service which can be found here.


Need more info? A complete list of benefits is here.

The post What Do Men Find Most Attractive in Women? appeared first on The Good Men Project.